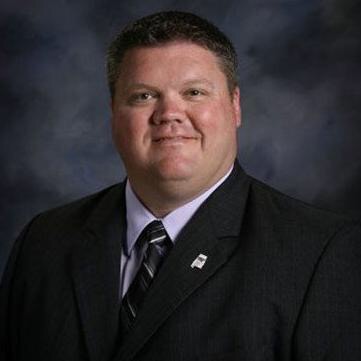 Dr. Carter is a graduate of Chipley High School in Chipley Florida. He earned his bachelor's, master's and education specialist degrees all from Jacksonville State University. He completed his doctorate at Lipscomb University.

Dr. Carter brings years of experience and leadership to his role as Executive Principal. He was named 1st ever NASSP National Principal's Advocate Champion in 2018, Alabama’s Principal of the Year in 2013, Nominee for National Principal of the year in 2014, and the Council for Leaders in Alabama Schools (CLAS) Leadership Award Recipient for Alabama in 2013.  He led his previous school in a transformational one to one initiative with Apple earning the National Apple Distinguished System title in 2014-15. Currently, Dr. Carter serves as a mentor for new principals and assistant principals for the Alabama State Department of Education.  He received his mentor certification from The National Association of Elementary School Principals (NAESP).

He is married to Shannon Carter, counselor at AHS. They have three daughters; Helen, Katelyn, and Sarah.